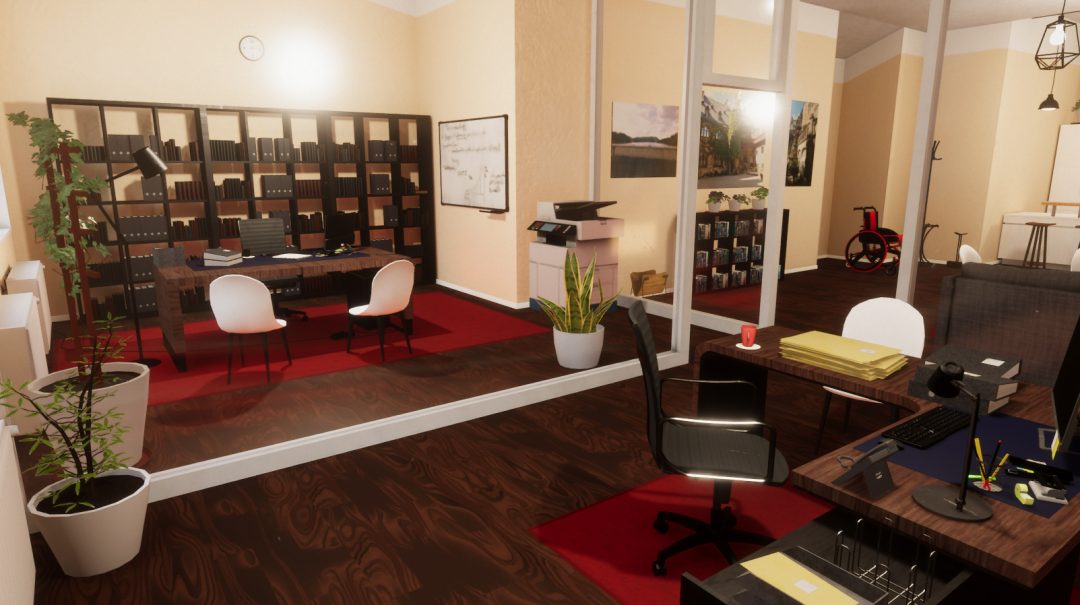 Some call us crazy, others esoteric and some see us as a last resort. I am not a medium, have no visions or a special feeling. I don’t hear anything unusual and&nbsp; I don’t see anything that other people don’t see. But I ask questions. Many questions.

Were the voices just an echo? – Are there ghosts?

The more pragmatic you approach a problem, the clearer the solution becomes. But not every question can be answered.

The scene of the action: a noble apartment building.

Colloquial: Ghostbusters. But it’s not that easy, because we don’t hunt anything. It is about understanding and assessing a situation. The Ghostbusters are fiction – at least to me. Like I said, I’m looking for answers. No hunt.

A rather atypical job: A building with no conspicuous history, residents with no experience of supernatural events. Only with the murder does something seem to have started to move.

Is the victim really still up to mischief in the building? And if so, is it out for revenge? Or is someone covering up the murder? Is the perpetrator just distracting himself?

Just a few days ago, I assumed that I would be able to follow what was happening on the computer, as is so often the case. Usually I hold back, my team carries out the investigations on site, I conduct the discussions, evaluate the data and keep an eye on everything. But this time my expertise is in demand and in this case it’s time to leave the usually somewhat quieter spectator seat and plunge into the investigations on site.

It’s not long since the murder happened, and police are unenthusiastic about the addition of a resident who is called in before the investigation is complete. It quickly becomes clear that there is more hidden beneath the surface and not every answer is worth striving for. This building’s community seems to be having trouble with more than one ghost.

As a player, we take on the role of a Paranormal Investigator – a person who examines claims about supernatural events. The game character is valued for his expertise and asked to cooperate. We adopt his perspective as an investigator, but also as a wheelchair user. Sitting and with the necessary movements that a wheelchair requires from the user, we move through the semi-realistic, digital game world.

“Where are the documents and what is the best way to transport them? Am I in the way? Is there something in the closet? Can I make it over the edge?” – Questions that otherwise seem rather superficial to us take on a different meaning in this game and need to be considered.

The technical questions are complemented by a dense, compelling story.

The world in which they move will be familiar to them, nothing overly extraordinary. Apart from the corpse and the rumors about a ghost that is up to mischief. A mysterious criminal case awaits the players.